The power of digital advertising to connect with the precise consumer at the right time, in the right place, with the right message is unquestioned. With the help of sophisticated analytics and media planning methodology, reaching our target audiences has never been more efficient.

The design of the digital ad unit, however, has failed to keep pace with the medium itself. Standard digital banner ads are small, fleeting and get lost in the growing clutter of the fast-paced media world. Until recently, marketers have been led to believe that we have to live with exceptionally low consumer response rates.

To combat digital advertising performance issues, the Interactive Advertising Bureau (IAB) introduced the Rising Stars – a more dynamic and engaging collection of rich media and video advertising units for both desktop and mobile.

According to data released by Pointroll in March 2014, click-thru rates for Rising Stars are 70% higher than for standard placements, and video completion rates experienced a 19% lift. Consumers are also spending more time with Rising Stars ad units than they do with standard banner ads, with brand interaction time being 36% higher. 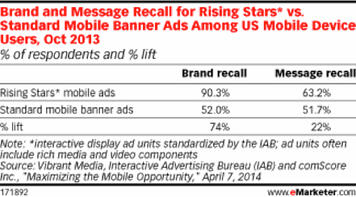 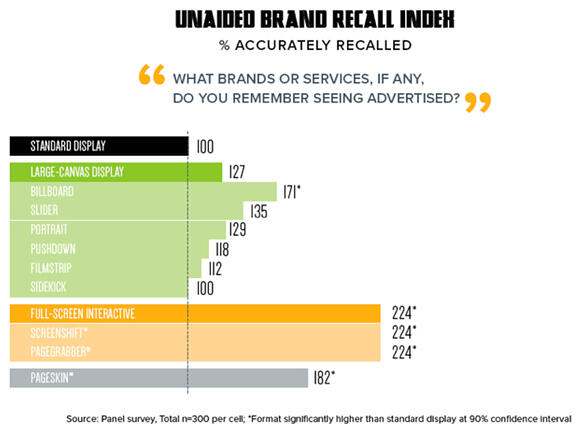 High impact, large-canvas ad units are the wave of the future. They clearly outperform standard digital ad units when it comes to brand recognition, engagement and conversion rates. The downside is cost.

Both development and placement costs for Rising Stars are higher than they are for standard display ads. The added impact, however, may well be worth it. Computing the projected CPM and CTR rates will show that, in most cases, the Rising Stars are a good investment.

Contact Roger Peterson at 815-847-7534 or rpeterson@heinzeroth.com to discuss how digital advertising may help you achieve your media goals.

Today's marketplace demands more content but provides less time and space to communicate. Culled from our years of handling the unique demands of in-store marketing, HMG has a rare talent to boil down the very essence of a product or service into sharp messaging that is relevant and compelling.